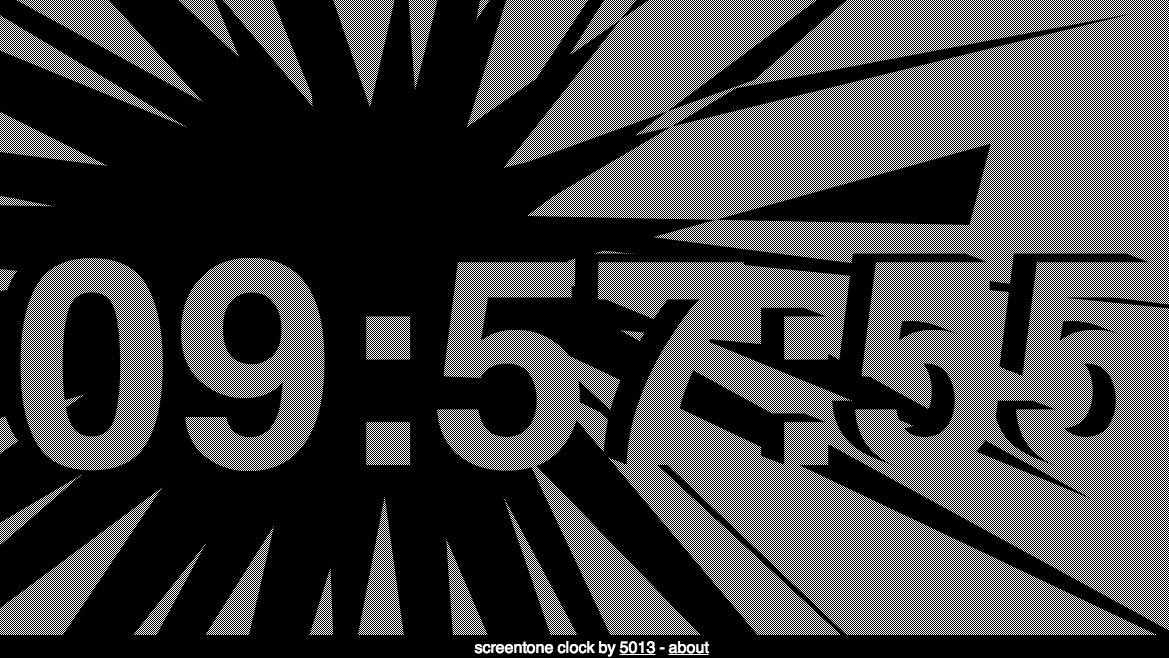 A fancy screentone-inspired clock. Nothing more, nothing less.

As it uses HTML5's Canvas, it also works with non-WebGL capable browsers, including most mobile browsers and slightly underpowered computers as my 2005's PowerBook G4 which runs at only 1.67 GHz.

Pixel perfect crispiness is ensured by careful use of the viewport meta tag.

Extra anecdotal information: I initially wrote the background spikey thing drawing routine with ActionScript 3 back in 2008. It was meant to be used as the background for the new supersole website+player, but I finally ditched Flash and the entire site was done with HTML5 using the audio tag as core player. I found the code a couple of days ago and decided to port it to Canvas, which has been pretty easy, as all these graphic frameworks seem to work like SVG, and although the semantics might change, the meaning is still the same in every case :-)