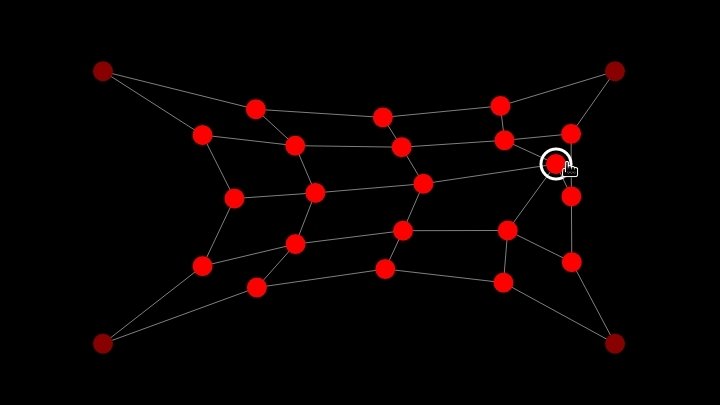 Each node corresponds to an oscillator; frequency and panning is determined by the position in screen space. As the nodes are interconnected with an springy mesh (delimited by the four static corners), moving one of them creates a spooky vibrato effect on nearby nodes, recursively. Also, dragging and then releasing a node produces a periodical movement which, by being propagated to the rest of the nodes, creates interesting harmonic sounds.

Don't forget to check MACCHINA I too! :-)